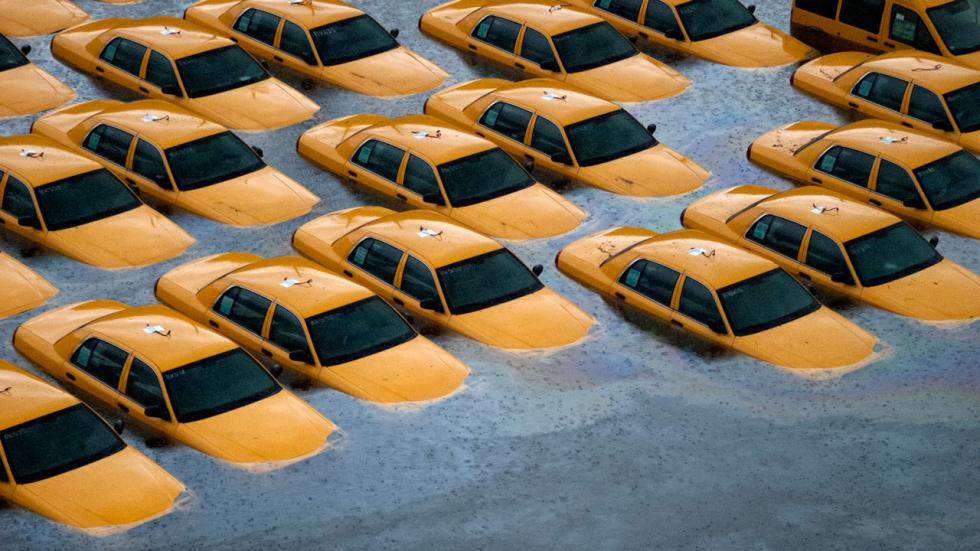 Coastal flooding has increased dramatically along the East Coast in recent decades, a new study by Reuters has found, and it’s posing major challenges for local governments in many of the nation’s most densely populated cities.

From Atlantic City, New Jersey, to Charleston, South Carolina, the number of days in which tidal waters met or exceeded NOAA flooding thresholds has more than tripled in many cities over the past four decades, according to the study.

“Chronic flooding is a problem our coastal managers are dealing with every day,” Mary Munson, executive director of the Coastal States Organization, told Reuters. “Flooding causes the quality of life in these communities to decrease along with the property values, while the flood insurance rates go up.”

To conduct its survey, the London-based news agency collected hourly data from tide gauges placed in nearly 70 spots along the nation’s Atlantic, Gulf and Pacific coasts. From these, Reuters selected 25 sites where the gauges had recorded at least 50 years of tide readings.

Comparing these with the NOAA flood thresholds, Reuters found that since 2001 flooding has occurred an average of 20 days or more per year in:

Before 1971, none of these locations had averaged flood-level waters more than five days per year, the Reuters report adds. Annapolis experienced the most flooding of any city in the study, with an average of 34 days per year above flood thresholds since 2001.

To get a sense of the degree to which coastal inundation has become an increasing threat, the report looks at Charleston, a coastal city that’s home to more than 120,000 people. When it floods there, “a six-lane [highway] regularly becomes impassable when high tides block rainwater from emptying into the Atlantic Ocean, restricting access for half of the city to three hospitals, four schools and police headquarters,” Reuters notes.

The trend in coastal flooding roughly tracks the trend in rising sea levels over the past several decades, Reuters also points out.

While the global oceans have risen about 8 inches over the past century, according to the recently-released U.S. National Climate Assessment, some areas along the nation’s coastline have seen sea level rise about twice that, thanks to subsidence. Subsidence occurs when the land sinks either naturally or due to natural resource extraction like water, oil or gas.

Only two locations in the Reuters survey didn’t see a rise in the number of days that exceeded flooding thresholds: St. Petersburg, Florida, and Woods Hole, Massachusetts.

The evidence Reuters found “is very compelling and suggests we ought to be looking more seriously at the problems that are coming at us now,” Charles Chesnutt, a coastal engineer with the U.S. Army Corps of Engineers, told the news agency.

In this aerial photograph, heavy equipment pushes sand to restore a barrier dune along the Atlantic Ocean on Long Beach Island, N.J., Friday, Nov. 9, 2012, after the region was pounded by Superstorm Sandy the previous week.