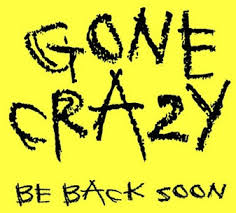 Yet another in a long stream of relatively esteemed hedge fund managers has decided enough-is-enough and is shuttering his firm. The reason? Same as the rest… As WSJ reports, Steve Eisman, who emerged as one of the stars of the financial crisis with a winning bet against mortgages, has wound up his fund because he believes that “making investment decisions by looking solely at the fundamentals of individual companies is no longer a viable investment philosophy.”

Steve Eisman, who emerged as one of the stars of the financial crisis with a winning bet against mortgages, is shuttering his hedge-fund firm, according to people familiar with the matter.

While Emrys gained 3.6% and 10.8% in 2012 and 2013, respectively, its performance lagged behind that of the bull market. It was down this year, one of the people said.
Mr. Eisman’s profile grew at the hedge-fund where he previously worked, FrontPoint Partners, which was once owned by Morgan Stanley and where he had managed more than $1 billion. Besides his bet against mortgages, he was known for shorting, or betting against, for-profit education companies and lobbying against the industry in Washington. He was featured in the best-selling book about the financial crisis, “The Big Short.”

In a May regulatory filing, the firm wrote it believed that “making investment decisions by looking solely at the fundamentals of individual companies is no longer a viable investment philosophy.”

Instead, Emrys echoed what many stockpickers have said in recent years about larger factors affecting their ability to invest as they had historically. “While individual company analysis will always be important,” it said, “the health, or the change in the health, of the financial system is the starting point of all analysis.”
* * *

That about sums it up – there is no alpha; it’s all beta (levered beta) and the smartest money knows how that ends…as we noted previously, no lesser manager than Baupost’s Seth Klarman explained the mirage…

In the face of mixed economic data and at a critical inflection point in Federal Reserve policy, the stock market, heading into 2014, resembles a Rorschach test. What investors see in the inkblots says considerably more about them than it does about the market.

If you were born bullish, if you’ve never met a market you didn’t like, if you have a consistently short memory, then stock probably look attractive, even compelling. Price-earnings ratios, while elevated, are not in the stratosphere. Deficits are shrinking at the federal and state levels. The consumer balance sheet is on the mend. U.S. housing is recovering, and in some markets, prices have surpassed the prior peak. The nation is on the road to energy independence. With bonds yielding so little, equities appear to be the only game in town. The Fed will continue to hold interest rates extremely low, leaving investors no choice but to buy stocks it doesn’t matter that the S&P has almost tripled from its spring 2009 lows, or that the Fed has begun to taper purchases and interest rates have spiked. Indeed, the stock rally on December’s taper announcement is, for this contingent, confirmation of the strength of this bull market. The picture is unmistakably favorable. QE has worked. If the economy or markets should backslide, the Fed undoubtedly stands ready to once again ride to the rescue. The Bernanke/Yellen put is intact. For now, there are no bubbles, either in sight or over the horizon.

But if you have the worry gene, if you’re more focused on downside than upside, if you’re more interested in return of capital than return on capital, if you have any sense of market history, then there’s more than enough to be concerned about. A policy of near-zero short-term interest rates continues to distort reality with unknown but worrisome long-term consequences. Even as the Fed begins to taper, the announced plan is so mild and contingent – one pundit called it “taper-lite” – that we can draw no legitimate conclusions about the Fed’s ability to end QE without severe consequences. Fiscal stimulus, in the form of sizable deficits, has propped up the consumer, thereby inflating corporate revenues and earnings. But what is the right multiple to pay on juiced corporate earnings? Pretty clearly, lower than otherwise. Yet Robert Schiller’s cyclically adjusted P/E valuation is over 25, a level exceeded only three times before – prior to the 1929, 2000 and 2007 market crashes. Indeed, on almost any metric, the U.S. equity market is historically quite expensive.

A skeptic would have to be blind not to see bubbles inflating in junk bond issuance, credit quality, and yields, not to mention the nosebleed stock market valuations of fashionable companies like Netflix and Tesla. The overall picture is one of growing risk and inadequate potential return almost everywhere one looks.

There is a growing gap between the financial markets and the real economy.

Six years ago, many investors were way out over their skis. Giant financial institutions were brought to their knees…

The survivors pledged to themselves that they would forever be more careful, less greedy, less short-term oriented.

But here we are again, mired in a euphoric environment in which some securities have risen in price beyond all reason, where leverage is returning to rainy markets and asset classes, and where caution seems radical and risk-taking the prudent course. Not surprisingly, lessons learned in 2008 were only learned temporarily. These are the inevitable cycles of greed and fear, of peaks and troughs.