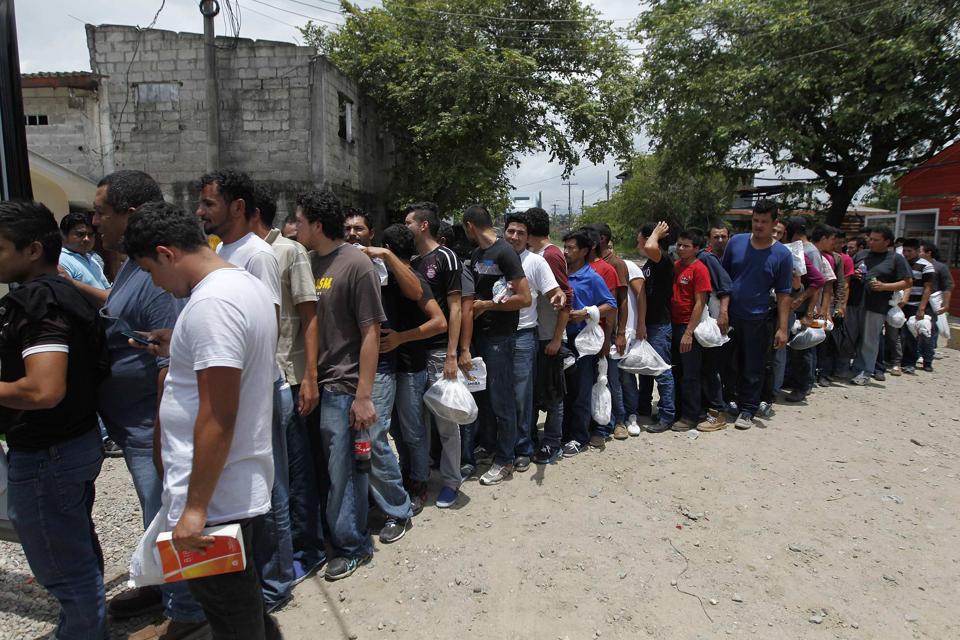 MEXICO CITY (Reuters) – Honduran President Juan Hernandez blamed U.S. drug policy for sparking violence in Central American countries and driving a surge of migration to the United States, according to an interview published on Monday.

Hernandez, who took office in January after winning on a pledge to be tough on crime, said only a drop in violence would curb the wave of families and unaccompanied minors fleeing Guatemala, El Salvador and Honduras who have overwhelmed temporary detention facilities on the U.S. border.

“Honduras has been living in an emergency for a decade,” Hernandez told Mexican daily newspaper Excelsior. “The root cause is that the United States and Colombia carried out big operations in the fight against drugs. Then Mexico did it.”

Those operations pushed drug traffickers into Honduras, Guatemala and El Salvador, he suggested, adding: “This is creating a serious problem for us that sparked this migration.”

Hernandez said more resources were needed in Central America to fight drug gangs and he said his country was deserving of U.S. aid similar to the programs that funded anti-drug operations in Colombia and Mexico.

Honduras has the highest murder rate in the world. Drug-related killings have increased in recent years since Mexico’s drug cartels expanded into the country, enlisting local street gangs and using the country’s Caribbean coast to transport South American cocaine to the United States.

“A good part of (migration) has to do with the lack of opportunities in Central America, which has its origin in the climate of violence, and this violence, almost 85 percent of it, is related to the issue of drug trafficking,” he said.

Thousands of Central American migrants are streaming into the United States through Mexico, and those caught are being held in overcrowded detention facilities.

U.S. immigration officials have said the crisis is being driven by poverty, gang and drug violence in Central America. It is also fueled by rumors perpetuated by smugglers that children who reach the U.S. border will be permitted to stay.

The Obama administration projects more than 150,000 unaccompanied children under the age of 18 could next year flee Central America and seek to enter the United States.