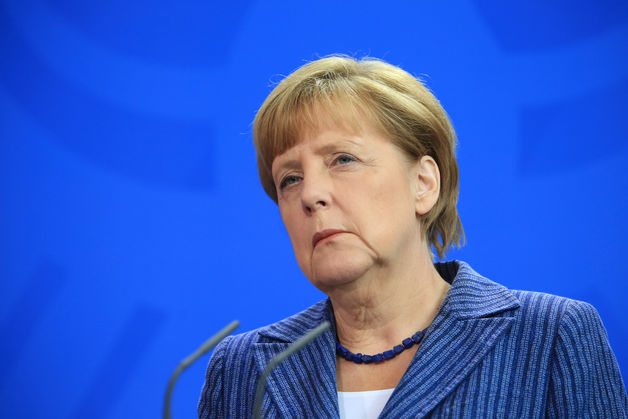 By Daria Marchak and Patrick Donahue

European Union leaders may impose their first sanctions today against Russian companies that are helping undermine Ukraine as the U.S. urges the bloc to take a tougher stance against Moscow.

EU leaders may also agree at a summit tonight in Brussels to cut off lending for investment projects in Russia, halt bilateral cooperation programs and further clamp down on commerce with Crimea, which President Vladimir Putin’s government annexed from Ukraine in March, according to a draft document of conclusions obtained by Bloomberg News.

The EU “condemns the continuation of illegal activities by armed militants in eastern Ukraine,” the draft says. The 28-nation bloc will “proceed with the expansion of restrictive measures.”

The EU summit follows a meeting in Washington of EU ambassadors and U.S. officials, who told their European allies Russia was sending heavy weapons including tanks and rockets and other means of support to separatists in eastern Ukraine in contradiction to statements by Putin’s government that it is trying to pursue peace.

The draft conclusions may be altered during the summit, and objections by countries such as Italy, Austria, Slovakia, France and Greece have so far prevented the unanimity required to impose broader EU sanctions.

EU leaders on June 27 called on Putin to take steps to de-escalate the violence in Ukraine. Those steps “have not been fully met,” according to the summit’s draft conclusions.

The U.S. may sanction Russia’s financial and defense industries as early as this week, American officials said on condition of anonymity after the meeting with ambassadors.

“We have no evidence that Russia’s support for the separatists has ceased,” the U.S. State Department said in a statement. “Russia continues to provide them with heavy weapons, other military equipment and financing and continues to allow militants to enter Ukraine freely.”

Russia hasn’t acknowledged any direct support for the rebels, which Ukrainian forces are trying to encircle and defeat in its eastern regions of Donetsk and Luhansk. It condemns the government in Kiev’s efforts to confront the rebels and has said it reserves the right to protect Russian speakers abroad.

Eleven Ukrainian soldiers died in fighting since yesterday, Defense Ministry spokesman Andriy Lysenko said. One person was killed and nine were wounded in a battle in Luhansk, an eastern city of about 450,000 people, the municipal council said on its website today.

Eleven more died and eight were wounded yesterday when a residential building was bombed in Snezhnoe, Donetsk region, according to a statement on the local administration’s website. The village was attacked by an unidentified plane that was not from the Ukrainian military, Interfax reported yesterday, citing Lysenko.

Ukraine’s government also has “indisputable proof” that Russia was involved in the shooting down of an An-26 military transport plane in eastern Ukraine on July 14, Interfax reported, citing the head of Ukraine’s intelligence service, Valentyn Nalyvaychenko.

The government in Kiev has offered to engage in talks with the separatists to end the crisis. Officials from Ukraine, Russia and the Organization for Security and Cooperation in Europe were scheduled to hold a video call yesterday with rebel representatives. The call didn’t occur.

“This indicates a lack of willingness on the side of the separatists to engage in substantive talks on a mutually agreed cease-fire,” the OSCE said in a statement, citing the officials who’d tried to organize the call.

The EU has imposed asset freezes and visa bans on 72 people and two companies connected with the destabilization of Ukraine and Crimea’s annexation, measures that advocates of stricter sanctions say are more symbolic gestures than substantive penalties.

While the threat of sanctions has roiled Russian markets since March, investors have pushed the Micex Index of stocks higher on the prospect that Russia won’t carve off more of its neighbor. The Micex Index slipped 0.4 percent at 2:39 p.m. in Moscow. The yield on Ukraine’s 2023 dollar bond rose four basis points, or 0.04 percentage point, to 8.45 percent.

The U.S. has ceased virtually all military and economic cooperation with Russia, Assistant Secretary of State Victoria Nuland Nuland said on July 9. It has imposed travel bans and asset freezes on Russian elites, established export restrictions, and sanctioned banks, construction companies, and other companies tied to members of Russia’s leadership.