Can Germany Carry Europe’s Weight in the Next Financial Crisis? 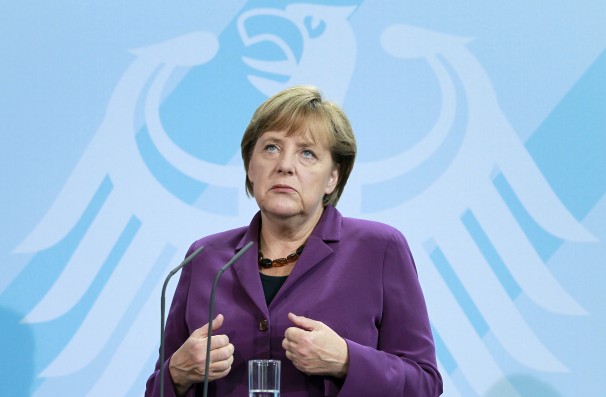 Can Germany Carry Europe’s Weight in the Next Financial Crisis?

Within the European economic context Germany has been a star performer in recent years, outgrowing in GDP terms its Eurozone peer group as a whole in all but one year since 2006 (complete with a magnificent football/soccer team). This was quite a reversal of fortune from the ten years prior, when Germany consistently lagged in wealth creation.

Together with its size and unwavering historical commitment to the EU project, this has created the expectation in political and even financial circles that if Europe faces another major economic crisis Germany will have no choice but to support the most vulnerable member states, possibly even relenting to the mutualisation of the Eurozone’s debts.

While this is a very complex topic, the following graph puts the odds in favor of one outcome: the next time push comes to shove in a big way, Germany will likely say NEIN!

(a) Simple average of the Netherlands, Denmark, Finland and Sweden.

Several notable facts stand out from this graph:

Since 1995, Germany’s government debt-to-GDP ratio increased by almost 50% from trough to peak. This increase is particularly evident when compared to Germany’s Northern European peers (the EU Nordic countries plus the Netherlands, also traditionally fiscally-prudent exporters) and even its much smaller and historically more indebted German-speaking neighbor, Austria.

The reunification is undoubtedly a major reason behind this increase... This is a major political, not economics, project but the financial ramifications are quite significant. While we could not find official figures of how much has been paid to date to shore up the eastern half of the country (probably because this is a sensitive political topic), some think tanks estimate somewhere in the vicinity of €1.5-2 trillion. This is a very large figure indeed, easily exceeding half of current GDP levels.

… and is still costing a lot of money. Twenty years on, an estimated €70-90 billion a year are still flowing east through various support mechanisms, including the renewed Solidarity Pact that is projected to last until 2019. West German politicians clearly underestimated how much the reunification would cost. How can we tell? In 1992, as part of the Maastricht Treaty Germany agreed (and most likely pushed) to have a 60% government debt-to-GDP limit on all EU member states (they were at 42% then); but then it took them just six years to breach that level, despite a relatively benign economic environment throughout the 1990s. Oops.

What about the banks? Contingent government liabilities, including exposure to potential financial sector losses, are not included in this graph. As will be outlined in a forthcoming article, prior bank stress tests and rating agency notes suggest that European banks could need help yet again in case of another financial crisis. This could throw another wrench at government finances across the board.

And what’s going on in France? French politicians did not have to worry about funding a massive reunification effort, but that did not stop them from keeping pace with Germany’s debt increases as percentage of GDP. And from 2009 they finally got ahead and never looked back… Allez les Bleus (Go Blues)! While we speculate that expensive social programs and lenient working hours may have something to do with it, for whatever reason France’s fiscal policy looks truly extravagant compared to all other countries in this graph.

Where does this leave us? German taxpayers are still coping with the reunification and a national debt that is much higher than they ever expected. So while many European politicians continue to push for more “solidarity”, Germany is in short supply of financial resources, let alone political will, to bail out other member states.

And France, Italy or Spain, which together with Germany account for 55%+ of the EU’s GDP, are in a worse position – nobody saved for a rainy day. And many states across the EU are still reeling from the last financial crisis.

If global growth picks up considerably from here, a lot of these issues could be postponed or even fall away. But it’s the scenario where it does not that concerns us.

Anything could happen then, including politicians throwing all remaining caution and financial orthodoxy to the wind. After all, Germany pushed its leverage up a full 17 percentage points from an already stretched level in response to the recent financial crises – making the prospect of going back to the 60% debt level unattainable in a decade, if not much longer. France, Germany’s big partner in the EU project, already seems to be going down that path with gusto.

However, at some point this policy could have unpredictable consequences, especially if financing costs in certain states begin spiraling out of control. Central banks can continue to provide liquidity and – to a measured degree – hold interest rates down to ease the debt burden, but they can’t restore solvency on their own. Social and pension programs, economic growth, the ability to backstop the financial system and even cohesion within Europe could all suffer as a result.

All this makes us wonder: does Europe have a credible Plan B in case Germany does not show up with the goods next time around? European bank depositors should be very concerned, and indeed everyone else for that matter.