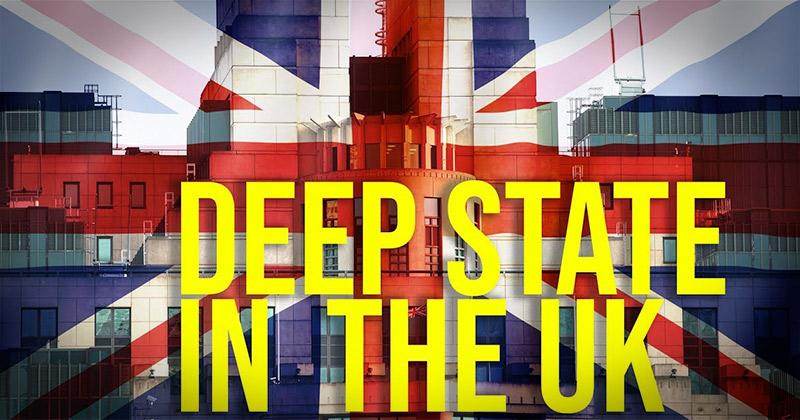 Trump Targets UK, Australia And Ukraine Over ‘Greatest Hoax In The History Of Our Country’

President Trump on Friday said that he wants Attorney General William Barr to investigate the UK, Australia and Ukraine for their roles in the ‘greatest hoax in the history of our country.’

Speaking with reporters at the White House on Friday before his trip to Japan, Trump discussed his decision this week to issue a sweeping declassification order – leaving it in the hands of Barr to determine exactly what happened to Trump and his campaign before and after the 2016 US election.

“It’s the greatest hoax probably in the history of our country and somebody has to get to the bottom of it. We’ll see. For a long period of time, they wanted me to declassify and I did.”

“This is about finding out what happened,” said Trump. “What happened and when did it happen, because this was an attempted takedown of the president of the United States, and we have to find out why.”

After the Mueller report made clear that Trump and his campaign had in no way conspired with Russia during hte 2016 election, Democrats immediately pivoted to whether Trump obstructed the investigation. Trump and his supporters, however, immediately pivoted to the conduct of the US intelligence community, including the involvement of foreign actors and possibly their governments.

According to a report last week, the discredited “Steele Dossier” – assembled by former MI6 spy Christopher Steele – was referred to as “crown material” in an email exchange suggesting that former FBI Director James Comey insisted that CIA Director John Brennan pushed for the inclusion of the dossier in the intelligence community assessment (ICA) on Russian interference.

Moreover, much of “Operation Crossfire Hurricane” – the FBI’s official investigation into the Trump campaign – occurred on UK soil, which is perhaps why the New York Times reported last September that the UK begged Trump not to declassify ‘Russiagate’ documents ‘without redaction.’

Shortly after he announced his involvement with the Trump campaign, aide George Papadopoulos was lured to London in March, 2016, where Maltese professor and self-described Clinton foundation member Joseph Mifsud fed him the rumor that Russia had damaging information on Hillary Clinton. It was later at a London bar that Papadopoulos would drunkenly pass the rumor to Australian diplomat Alexander Downer (who FBI agent Peter Strzok flew to London to meet with the day after Crossfire Hurricane was launched).

Two weeks later, Papadopoulos would be bilked for information by Australian diplomat (another Clinton ally) Alexander Downer at a London bar, who relayed the Russia rumor to Australian authorities, which alerted the FBI (as the story goes), which ‘officially’ kicked off the US intelligence investigation.

We have now pinned Peter Strzok’s boss, Bill Priestap, in London the week of May 6th, 2016 and on the 9th. The day before Alexander Downer was sent to spy on me and record our meeting. Congress must release the transcripts and embarrass the deep state.

As for Ukraine, a Ukrainian court ruled in December that the country meddled in the US election when they revealed details of suspected illegal payments to former Trump campaign manager Paul Manafort.

In 2016, while Mr. Manafort was chairman of the Trump campaign, anti-corruption prosecutors in Ukraine disclosed that a pro-Russian political party had earmarked payments for Mr. Manafort from an illegal slush fund. Mr. Manafort resigned from the campaign a week later. –New York Times

Last week, President Trump’s attorney Rudy Giuliani met with a former Ukrainian diplomat, Andril Telizhenko, who has previously suggested that the DNC worked with the Kiev government in 2016 to dig up ‘dirt’ on then-candidate Donald Trump. Giuliani told the Washington Post in a Friday interview that Telizhenko “was in Washington and he came up to New York, and we spent most of the afternoon together,” adding “When I have something to say, I’ll say it.”

This comes on the heels of Giuliani canceling a trip to Ukraine to meet with President-elect Volodymyr Zelensky to discuss the Manafort situation.

According to The Hill‘s John Solomon,

It wasn’t Russia that tried to fix the 2016 U.S. presidential election, it was the British.