Graham wants another investigation — into how Democrats handled Ford’s accusations 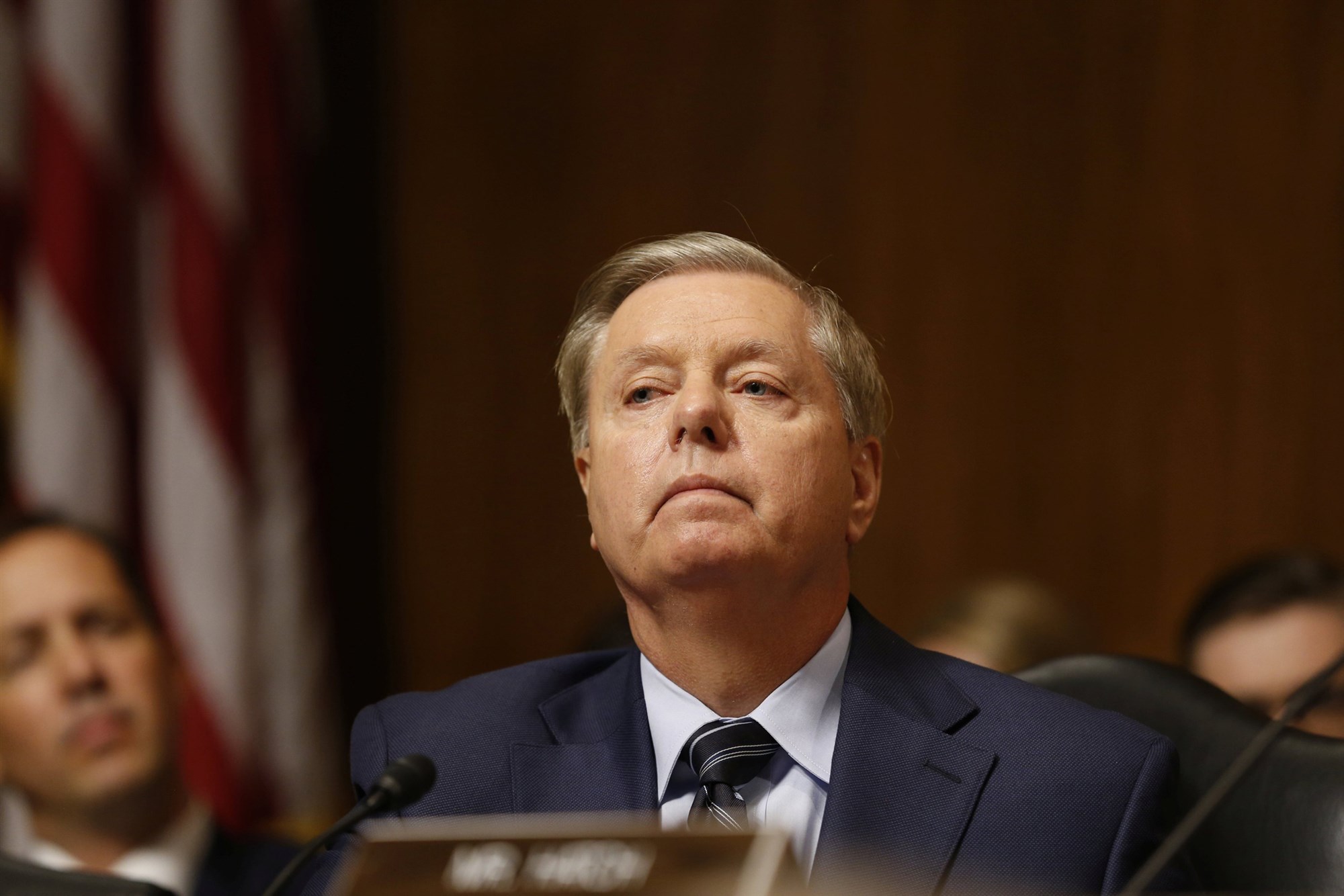 Graham wants another investigation — into how Democrats handled Ford’s accusations

“We’re going to do a wholesale and full-scale investigation of what I think was a despicable process,” Graham told ABC’s “This Week.”

Sen. Lindsey Graham, a top Republican on the Senate Judiciary Committee and prominent defender of Supreme Court nominee Brett Kavanaugh, called Sunday for an investigation into how the allegations of sexual assault by Christine Blasey Ford became public.

“We’re going to do a wholesale and full-scale investigation of what I think was a despicable process,” Graham, of South Carolina, said on ABC’s “This Week.”

Graham — who made headlines during Thursday’s hearing for growing furious with Senate Democrats and blasting them for orchestrating a “sham” — said Sunday that he would demand an investigation into “what happened in this committee.”

“Who betrayed Dr. Ford’s trust, who in Feinstein’s office recommended Katz as a lawyer, why did Ms. Ford not know that the committee was willing to go to California,” Graham said, listing the elements he wanted looked into.

Feinstein, the ranking Democrat on the Senate Judiciary Committee, has been repeatedly criticized by Republicans for being aware of Ford’s allegation for six weeks and not bringing it before the committee. The senator has said she didn’t take it to her colleagues because of Ford’s request for confidentiality. The allegation became public when it was reported by The Washington Post.

There’s no evidence Feinstein leaked the allegation and she has said she did not. Her office did not immediately respond to a request for comment Saturday night.

During Thursday’s hearing, Republicans also raised questions about how Ford was put in touch with her lawyer and about why offers for committee staff to travel to California to interview Ford were not known by Ford.

Trump had said Saturday that the FBI has “free reign” in its investigation, although NBC News reported exclusively that significant restraints have been put on the agency

White House press secretary Sarah Sanders told “Fox News Sunday” that the White House was “not micromanaging the process” regarding the FBI’s probe. White House adviser Kellyanne Conway also denied that Trump had at all narrowed the scope of the probe during an interview on CNN’s “State of the Union.”

Meanwhile, Rep. Jerrold Nadler, the ranking Democrat on the House Judiciary Committee, told ABC that if Kavanaugh is ultimately confirmed to the Supreme Court after the FBI investigation concludes — and if the Senate “hasn’t investigated” anything turned up by the FBI — then his House committee would have to “investigate any credible allegation of perjury and things that haven’t been properly looked into.”