Was Tillerson Fired For False Accusing Russia Of Attempted By Nerve Agent Attack? 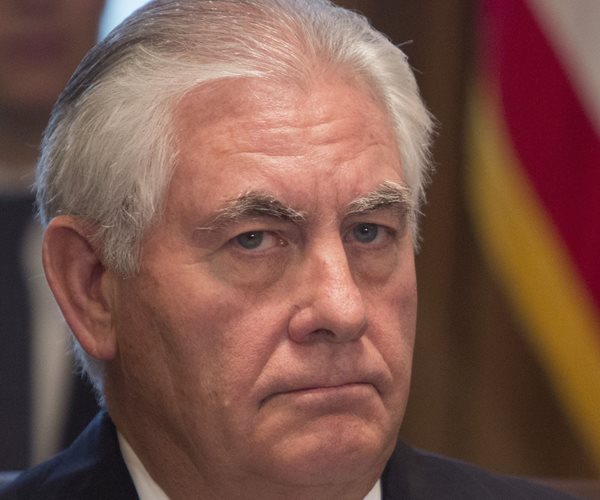 Was Tillerson Fired For False Accusing Russia Of Attempted By Nerve Agent Attack?

Trump asked Tillerson to step down Friday, The Washington Post reported, causing the former Exxon executive to cut short his trip to Africa. Tillerson’s representatives had said Tillerson had become sick during the trip.

A White House official said Trump wanted to have a new team in place ahead of upcoming talks with North Korea and various trade talks. The official spoke on condition of anonymity because the official was not authorized to speak publicly.

In addition to the tweet, Trump also released a statement:

“I am proud to nominate the Director of the Central Intelligence Agency, Mike Pompeo, to be our new Secretary of State,” Trump said. “Mike graduated first in his class at West Point, served with distinction in the U.S. Army, and graduated with Honors from Harvard Law School. He went on to serve in the U.S. House of Representatives with a proven record of working across the aisle.

“Gina Haspel, the Deputy Director of the CIA, will be nominated to replace Director Pompeo and she will be the CIA’s first-ever female director, a historic milestone. Mike and Gina have worked together for more than a year, and have developed a great mutual respect.”

Haspel will need to be confirmed by the Senate while Pompeo will not, having already been confirmed to head the CIA.

“Finally, I want to thank Rex Tillerson for his service. A great deal has been accomplished over the last fourteen months, and I wish him and his family well,” Trump said in the statement.

There had been longstanding rumors throughout most of Tillerson’s tenure of friction between Trump and his secretary of state, a former Exxon Mobil Corp. CEO.

In October, NBC news reported that Tillerson called the president a “moron,” something Tillerson never actually denied. Tillerson continued to insist his relationship with the president was solid and brushed off rumors of strain between them.

Tillerson had just returned from a shortened trip to Africa hours before Trump’s announcement. Trump offered no explanation for the change.

Tillerson was slated to retire from Exxon in March 2017 at age 65 under the company’s mandatory retirement policy.

Paid $27.3 million last year, Tillerson has accumulated roughly $160 million in Exxon stock along with $149 million of unvested stock options, according a proxy statement the company filed with the Securities and Exchange Commission