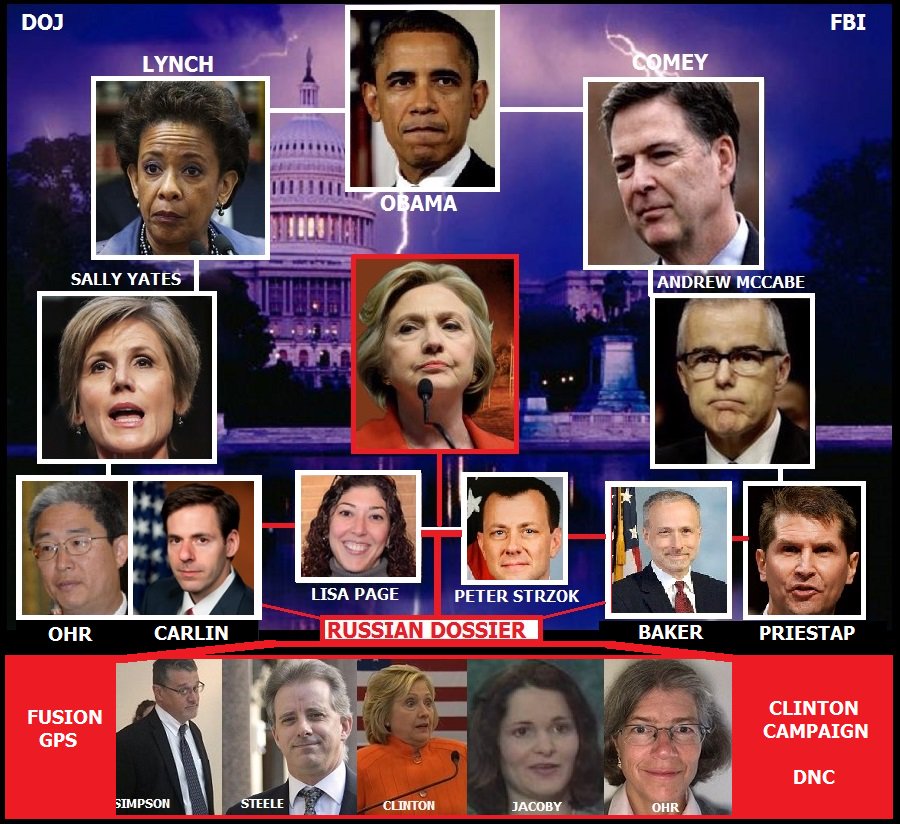 Congressional investigators learned from a new batch of text messages between anti-Trump FBI investigators that a “secret society of folks” within the Department of Justice and the FBI may have come together in the “immediate aftermath” of the 2016 election to undermine President Trump, according to Rep. John Ratcliffe (R-TX) who has reviewed the texts.

The thousands of texts @TGowdySC and I reviewed today revealed manifest bias among top FBI officials against @realDonaldTrump. The texts between Strzok and Page referenced a "secret society."

The new texts were included in a 384-page DOJ document release to Congressional investigators last Friday – during which Congress was notified in the cover letter that that five months of text messages from December 14, 2016 to May 17, 2017 have gone missing (If only the NSA had copies).

What we learned today in the thousands of text messages that weve reviewed that perhaps they may not have done that (checked their bias at the door).There’s certainly a factual basis to question whether or not they acted on that bias. We know about this insurance policy that was referenced in trying to prevent Donald Trump from becoming president.

We learned today from information that in the immediate aftermath of his election that there may have been a secret society of folks within the Department of Justice and the FBI to include Page and Strzok to be working against him.

.@RepRatcliffe on 5-month gap discovered in new FBI texts: “For former prosecutors like @TGowdySC & myself…it makes it harder & harder for us to explain away one strange coincidence after another.” http://t.co/jTCsiBqaVi pic.twitter.com/yPKVEJoG91

Rep. Gowdy deflected a question over a second special counsel, but mentioned “a text about not keeping texts,” and “more manifest bias against President Trump all the way through the election into the transition,” and finally Gowdy said he saw a text that “Director Comey was going to update the President of the United States about an investigation” which would have been Obama – and may, Gowdy speculates, have been about the Trump team.

.@TGowdySC on 50,000+ new @FBI texts, possible 2nd special counsel appointed to investigate Mueller probe: “We saw more manifest bias against @POTUS all the way through the election into the transition.” http://t.co/jTCsiBqaVi pic.twitter.com/CuyZKexf2s

Regarding the “secret society,” Gowdy said “You have this insurance policy in Spring 2016, and then the day after the election, what they really didn’t want to have happen, there is a text exchange between these two FBI agents, these supposed to be fact-centric FBI agents saying, ‘Perhaps this is the first meeting of the secret society.’ So I’m going to want to know what secret society you are talking about, because you’re supposed to be investigating objectively the person who just won the electoral college. So yeah — I’m going to want to know.”

As we have been reporting over the last two days, the FBI “lost” five months of text messages between anti-Trump FBI agents Peter Strzok and Lisa Page.

The explanation for the gap was “misconfiguration issues related to rollouts, provisioning, and software upgrades that conflicted with the FBI’s collection capabilities.”

A controversy also emerged following the revelation over the missing “textgate” – in that the DOJ’s internal investigative unit, the Office of the Inspector General (OIG) wrote a letter in December of last year specifically stating that they had obtained text messages from Strzok and Page covering the “missing” period revealed last Friday.

Alas, it appears the Inspector General Michael Horowitz made this statement in error, as Attorney General Jeff Sessions said in a Monday statement that Horrowitz was in fact the one who “discovered the FBI’s system failed to retain text messages for approximately 5 months,” which was confirmed by Fox News.

A Justice Department spokesperson told Fox News that the Departments Office of Inspector General also does not have any text messages between the two during that time period.

Not to worry – the DOJ, known for its honesty, will leave “no stone unturned.”