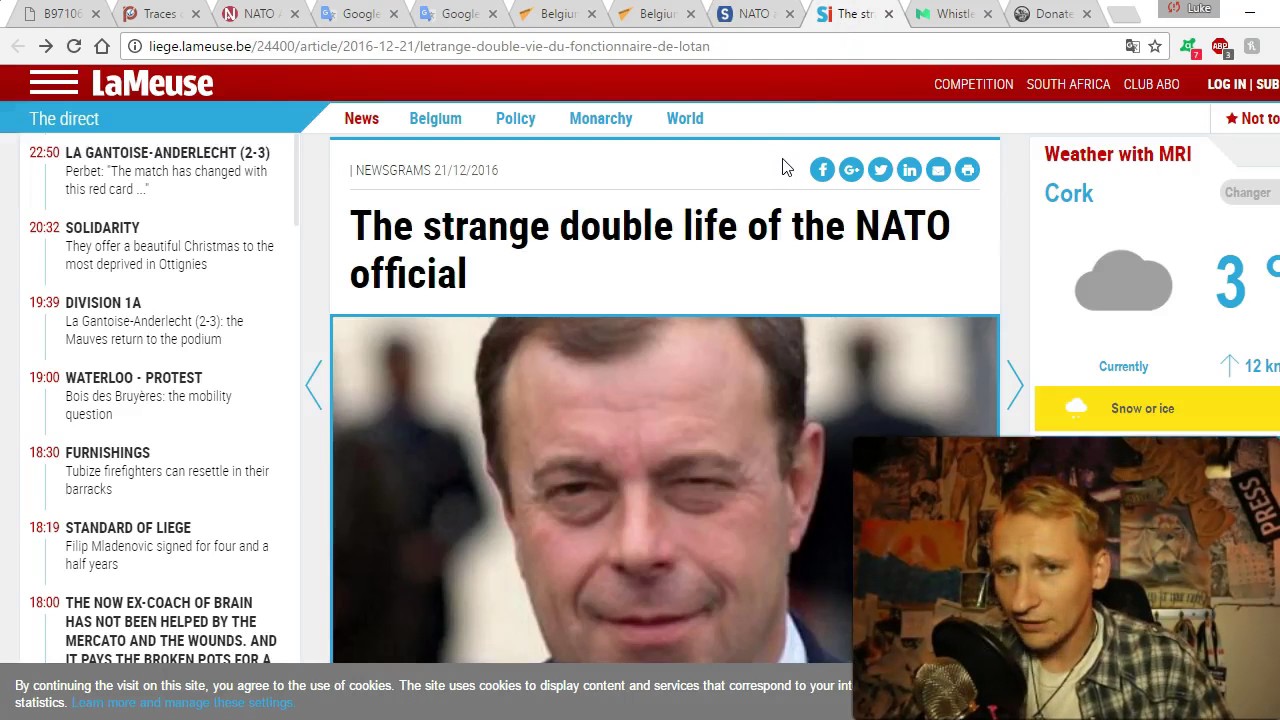 Police in Belgium are probing the suspicious circumstances surrounding the death of a high ranking NATO official – the auditor general, whose responsibilities included probing terror financing – after his body was discovered in his car with a gunshot wound to the head.

As SudInfo reports, troubling elements accumulate around the death of Yves Chandelon, a senior official of the NATO based in Luxembourg, who lived in Lens, near Tournai.

The man was found dead on Friday in Andenne, with a bullet in his head. An autopsy was performed on Tuesday. The family does not believe it was suicide as many have reported.

Did Yves Chandelon have any enemies? Was he threatened in the course of his work in NATO? Was it an odious crime made to look like suicide, or did the man go through a troubled period? For his relatives, the incomprehension is total.

The 62-year-old auditor general of NATO was found in the Belgian town of Andenne, 62 miles away from his home and office in Lens on December 16. As The Express reports,

As Auditor General, Mr Chandelon was responsible for internal accounting at NSPA as well as external investigations into money laundering activities and terrorist financing – and more bizarrely it has been reported locally that the gun which killed him was found in the glovebox of the vehicle.

According to local newspaper reports Mr Chandelon was the registered keeper of three weapons however the gun found at the scene did not belong to him, it has been claimed.

Police are currently probing whether he had received any threats that could be related to his work and highlighted that the gun used was not registered in his name.

According to Flemish newspaper ‘The Morning’, Mr Chandelon’s relatives said he attended his office Christmas party the night before he died.

Reporting gets even more confusing as LaMeuse carried two reports with additional facts about Chandelon’s death.The first stated that a “farewell letter” was found in Chandelon’s car. The second stated that the gun used in the apparent suicide was found in his right hand, despite the fact that Chandelon was left-handed.

It has been reported that the former director of The Institute of Internal Auditors (IIA) Luxembourg had complained of getting strange telephone calls before he died and “felt threatened”.

We are sure the facts will all come out and this ‘strange’ episode will be brushed under the carpet – like the mysterious deaths of various senior European bankers over the past few years.