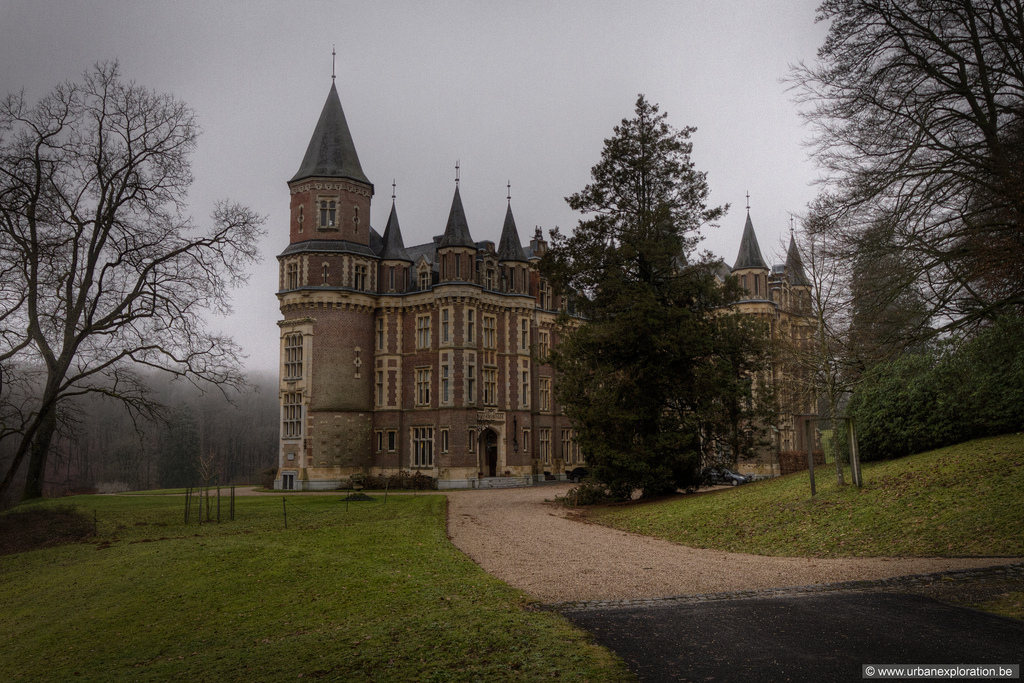 “…Fritz Springmeier cites a secret castle situated near the village of Muno in Belgium. This castle according to Springmeier, is a center of the occult and has a cathedral with a dome containing 1000 lights. The castle is referred to as the Mothers-of-Darkness castle and Monarch programming is supposedly performed on children there. This castle is also known as the ‘Castle of Kings’. Its real name is ‘Chateau des Amerois’ and it is located in Bouillon (Belgium), near the village of Muno. This castle and its domain, the Muno forest once belonged to Prince Philippe of Saxe-Cobourg-Gotha, Count of Flanders and father of King Albert I. He purchased the property in 1869 to the Marquis van der Noot d’Assche.The castle of Romantic style was built in 1877 for Philippe of Saxe-Cobourg Gotha by the architect Gustave Saintenoy. It has 365 windows. This castle was later bought by Alice Solvay, niece of the Belgian scientist and industrialist Ernest Solvay and today is apparently still owned by the Solvay’s.”

These are the same thousand points of light made famous by George H.W. Bush, according to video,” Chateaux Des Amerois – Castle of the Dark Mother.”

Belgium represents a clear power center of mind control and child abuse.  Noreen Gosch, whose son Johnny abducted in eighties, suspects he was subjected to mind control at Offutt AFB in Nebraska.  In testimony (pg 3, pdf), Gosch shares belief Monarch programming located at military bases, stretching all the way to NATO in Brussels, Belgium.  Paul Bonacci, child abuse victim, involved in the Franklin Scandal circa 1980s Omaha NE, rumored to have traveled to Belgium.  Pedophilia represents a grim degeneration that requires vigilance to be held in check.   It seems apparent, if allowed to spread a rising tide of pedophilia can span globe, to communicate its degenerate inhumanity! A sequel, Chateau Amerois II can be viewed below.