337 Whales Found Beached In One Of World’s Largest Strandings 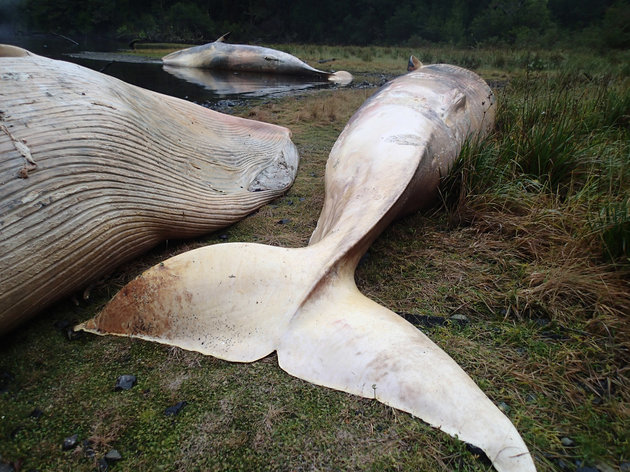 In this photo taken on April 21, 2015, and released on Tuesday, Dec. 1, 2015, by the Huinay Scientific Center, Sei whales lie dead at Caleta Buena, in the southern Aysen region of Chile. The coast of southern Chile has turned into a grave for 337 sei whales that were found beached in what scientists say is one of the biggest whale strandings ever recorded. (Vreni Haussermann/Huinay Scientific Center via AP) 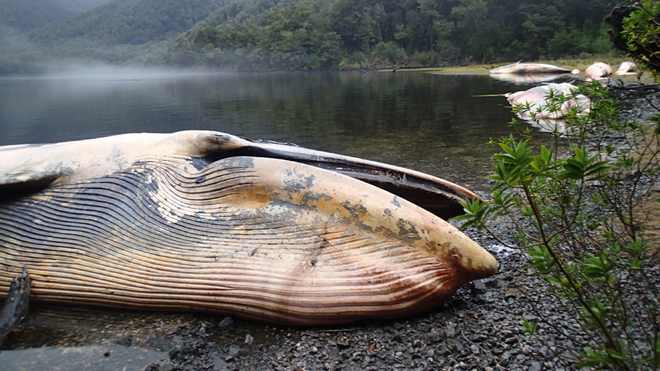 This April 21, 2015 photo released by Vreni Haussermann shows sei whales beached on the southern coast of Gulf of Penas, Chile. About 20 whales have been found beached along Chile’s southern coastline and officials say they are trying to determine what caused them to wind up on the beach. The International Union for Conservation of Natures lists the sei as an endangered species. (Vreni Haussermann, Huinay Scientific Field Station via AP) 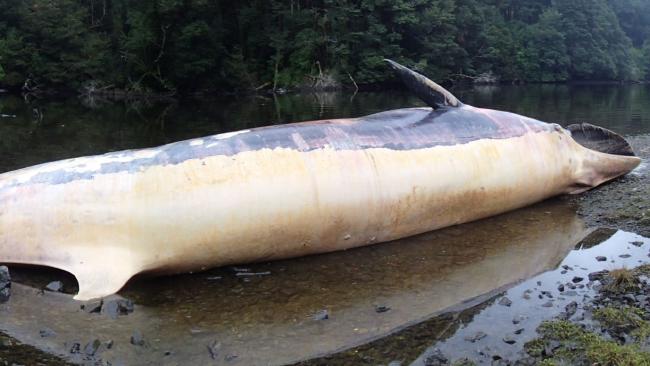 337 Whales Found Beached In One Of World’s Largest Strandings

Sei whales are listed as an endangered species.

SANTIAGO, Chile (AP) — The coast of southern Chile has become a grave for 337 sei whales that were found beached in what scientists say is one of the biggest whale strandings ever recorded.

Biologist Vreni Haussermann told The Associated Press Tuesday that she made the discovery along with other scientists in June during an observation flight over fjords in Chile’s southern Patagonia region. The team has been collecting samples since then.

“This is one of the largest strandings worldwide,” said Haussermann, the director of the Huinay Scientific Field Station, which focuses on marine research. She declined to disclose the conclusions, which will be published by a scientific journal later this year.

The scientific expedition counted 305 bodies and 32 skeletons of whales through aerial and satellite photography in the remote Aysen area between the Gulf of Penas and Puerto Natales. The cause of death of the sei whales is unknown, but human intervention has been ruled out.

Whale strandings are common in Aysen, a region of southern Patagonia where rainfall is nearly constant and rivers plunge from Andean glaciers to the Pacific Ocean through green valleys and fjords.

“They probably died at sea, we don’t know exactly where, but they didn’t just die by stranding,” said Carolina Simon Gutstein, a paleontologist at University of Chile who was part of the team.

Sei, humpback and blue whales, which belong to the rorquals family, are the largest group of baleen whales, and “are not normally seen gathering in large groups,” Gutstein said.

Scientists say the whale die-off might help them find out more about their habits and develop policies to protect them, including the creation of a whale sanctuary in the Gulf of Penas.

The first 37 beached whales were found in April by a team led by Haussermann. They alerted the National Fisheries Service, which launched an investigation in May together with environmental police and the Chilean Navy.

Since the Fisheries Service did not carry out observation flights, the scientists got funding for their own flights in June and August. They were unable to examine the whales because the area is so remote, the coast is so steep and the sea is so rough that it makes it nearly impossible to land. But they were still able to take the photographs to confirm the deaths.

Based on their size and location, scientists believe they are all sei whales. The International Union for Conservation of Nature lists the sei as an endangered species. Also called pollack, adults can be longer than 50 feet (15 meters) and weigh 20 tons or more.

Between 1999 and 2001, about 600 gray whales were stranded on the North American Pacific Coast from Alaska to Mexico. But scientists say it happened over a longer period of time and in a larger area.